In addition to Timberlake Park, one of South Cove’s gathering places is a private 4-acre park lined with Willow, Maple and Cherry trees, walking trails, a children’s playground, 2 tennis courts, a beach front with a swim dock and roped swim area, community BBQ’s, and plenty of open grass for family play and community social events.

Annually the Easter Egg Hunt and the 4th of July parade bring the community together as well as Timberlake neighborhood’s annual National Night Out gathering.

This family-oriented neighborhood was developed in the 1970s-80s and annexed from King County by Issaquah in 2006.

The Washington State Department of Transportation (WSDOT), is creating added capacity between the Eastgate and Lakemont interchanges by adding auxiliary lanes. 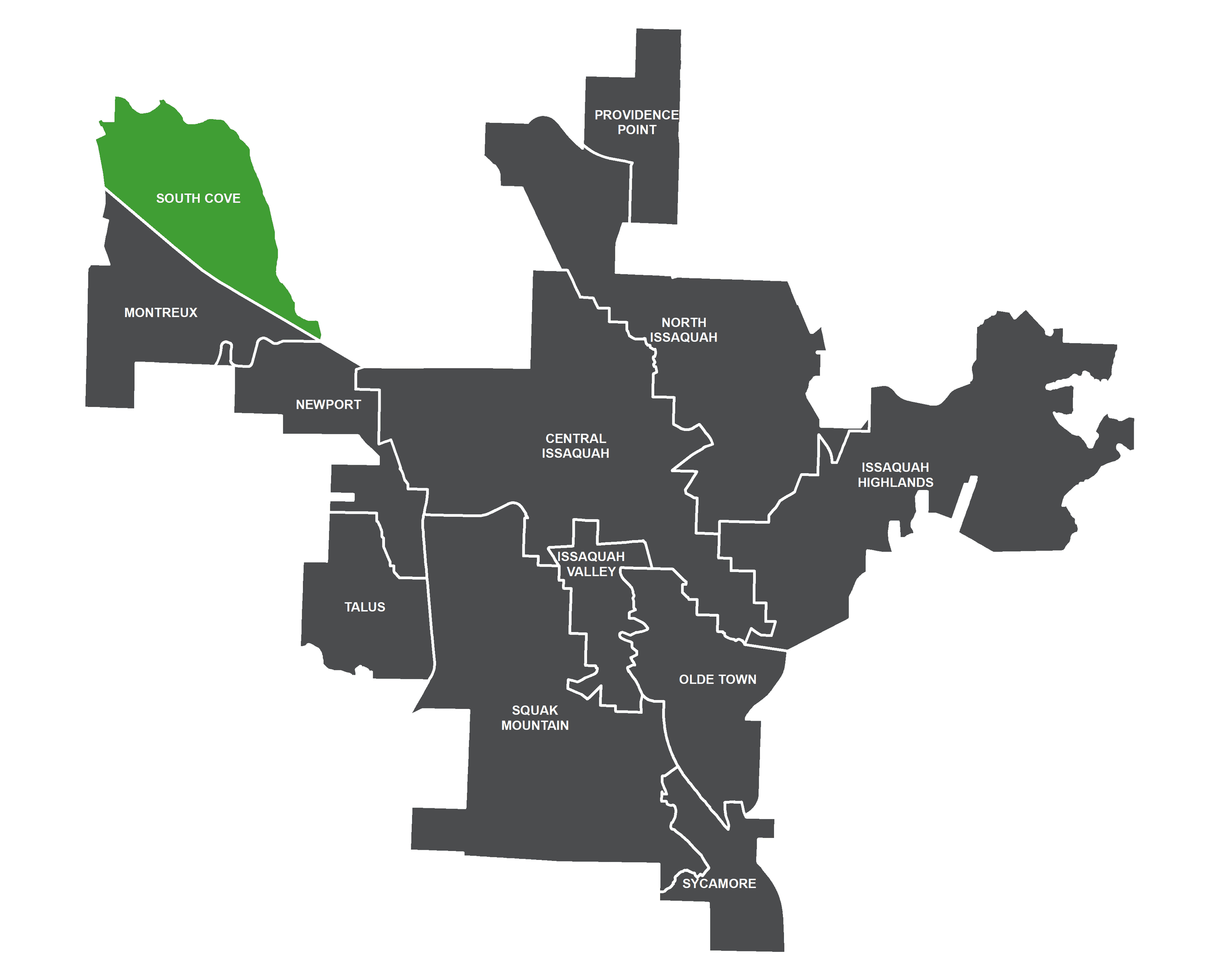